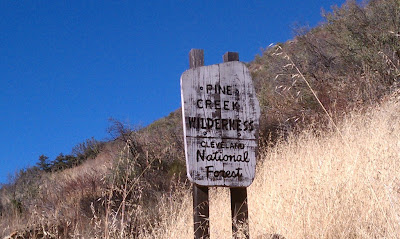 Secret Canyon Trail is located in the Pine Creek Wilderness area near Pine Valley California. The 16 mile long trail was constructed in 1992 and spans almost the entire length of the wilderness area. This area of the back country can be very rough and difficult to navigate at certain times of the year, even with an established trail. Most of the difficulty on the trail is *finding* the trail. When Scott and I hiked it was very overgrown in many areas, so much so the trail just disappeared. In winter or spring the creek can be filled with water and make it very difficult to cross at certain points along the trail. There is also the very real possibility of running into illegal immigrants who frequently use the surrounding mountain wilderness to cross into the United States. We saw many discarded backpacks, food containers, water bottles and faded clothing, all obviously from illegal immigrants. Here is one account of the reality of getting lost and encountering illegal traffic.


OK, now that is out of the way, it is actually a very beautiful area to hike and at 16 miles is a good day adventure. There is some history to the canyon as well. Secret Canyon was used in the 1800's as a place for smugglers to hide their horses before heading across the border. There are still sections of an old flume built back in 1895 that was supposed to divert water to a reservoir  in Pine Valley and also the incredible view of the the massive 1974 built Pine Valley bridge.
I knew from a previous trip out we would need some bushwhacking tools so both Scott and I brought our machete's, Scott even brought a small hand saw which actually worked better than the machete's.
It was a full day of hiking, we started at 8am sharp and got to the Horsethief Canyon trailhead at 6pm. We had lost the trail countless times and passed thru head high forests of poison oak so many times we gave up trying to avoid it. We didn't see any actual illegal immigrants, only a cow and lots of birds, lizards and a tarantula. This would be a really beautiful hike in the spring with all of the water flowing. 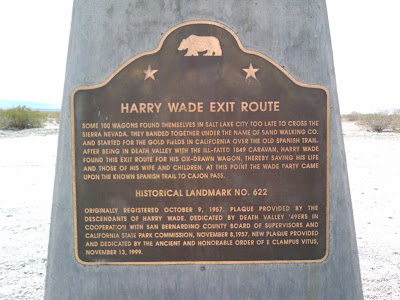