After reading this book about The Impossible Railroad I now understand a bit better some of the things I have seen in Carrizo Gorge and on the railway tracks.

This was one of many telephone booths placed along the tracks in the 1940's, it helped communications between the long distances of the railway

About a mile and a half north of the De Anza Resort there are some wheel and axle debris on the side of the Gorge and down in the bottom. I always thought this was from the railway efforts, turns out to be from a 1928 movie called Beggars of Life (the train wrecks at the end but watch the whole movie anyway)

I believe this to be the air compressor plant remains

This is at the air compressor plant area but shows an east view. You can see foundations and remnants of a tram/trail going up the canyon

Some of the incredibly tough cholla landscape they had to deal with, even with modern REI gear this is tough terrain

Rattlesnakes were always a problem as well, here is one Scotty C and I saw at the bottom of Goat Canyon Trestle on one trip...it was gorgeous but huge!! 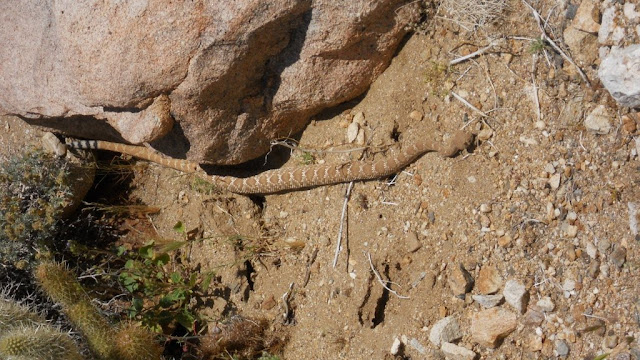 Part of the seven sisters trestle cluster, view from down in the Gorge

The Coors Beer car you see in the distance was an accident from a junior engineer that over throttled the train on his first run. Two Coors Beer trailers derailed.